So what is the best way to structure your Facebook ad campaigns? What is the approach used by the top agencies and Facebook ad experts?

To be honest, some people who like to create tens of campaigns… And then there are the advertisers who believe that the opposite – having max 3 campaigns globally – works. 🤷

Personally, I am somewhere in between. I like to have campaigns split by countries, but I don’t like to set up a different campaign for every single niche audience.

So let’s take a look at how to set up your Facebook ad campaigns up for success.

This article will help you to avoid some mistakes – Image source

One more thing that many PPC advertisers forget: You should not use the same campaign structure as you’ve used for Google ads on Facebook. It doesn’t work.

When it comes to Facebook ads, having fewer ad campaigns is not lazy, it’s smart.

Here’s the high-level Facebook ad campaign structure that I always use:

You can also add brand awareness and re-engagement campaigns on top of prospecting and remarketing. The below chart by KlientBoost explains the 4 stages really well.

Take a quick crash course in Facebook analytics by learning about these 15 Facebook ad metrics and KPIs.

Create a separate set of ad campaigns for each market

Why do I like splitting Facebook ad campaigns per country or region? There are a few reasons for that:

A click in the US might cost 5x as much as in say Lithuania. If you put these countries into the same campaign, Facebook is likely to spend 80% of ad budget in Lithuania as it seems like the cost-per-result is cheaper there.

2. The reporting and budgeting will be easier

Having separate campaigns per country will also make the reporting a lot easier – you can immediately see in which markets there’s a good product-market fit.

Also, you can easily define on campaign level how much money you want to spend on advertising in each country.

3. Your campaigns won’t get messy

Especially if you want to use ads in local languages, it’s better to create a separate campaign for each market.

So how will the high-level campaign structure look like?

For each country, you should have the following Facebook ad campaigns:

When it comes to the budget split, I usually go for:

This is a prospecting-level ad

Let’s take a closer look at each of the campaign types and a few different ideas for setting them up.

The prospecting campaign is a Facebook ad campaign that reaches a wide audience and attracts people who are potentially interested in your product.

These people have not yet heard of your brand, so you’re trying to convert a cold audience into customers.

Usually, the prospecting-level ad creatives introduce your product’s benefits or show how great it looks. Like these two ads examples…

If your product’s entry barrier is low, e.g. you’re promoting a free mobile app or run ads for your online store, prospecting campaigns will already bring a lot of new customers.

If your product has a longer sales cycle, e.g. software and B2B products, you can use prospecting ads to lead people to your website and convert them with remarketing campaigns.

Here’s the general prospecting campaign structure that I always use.

Sometimes, I add ad sets with special interest-based audiences (if I want to show these audiences special ad creatives that are more relevant to them).

And by “broad audience” I really mean BROAD. 🌍

For example, if I’m advertising a consumer-facing mobile app, I would target everyone aged from 18-55 in a specific country, optimize the campaign on in-app events, and let Facebook algorithms find the most relevant target audience for the ads.

The best ad campaign objective for prospecting campaigns is one that best reflects what you want to achieve:

We did a test with a client and the results were pretty staggering: a 300% difference in ROAS.

💸 The country was the US, the product was SaaS, the test period was Mon-Thu of 2 consecutive test weeks.

WEEK 1: We used a Daily budget and didn’t use a custom ad delivery schedule.

WEEK 2: We used a Lifetime budget and scheduled ad delivery for Mon-Fri, 8am-6pm. (The total spent budget is higher as we spent more during the reported Mon-Thu period)

As you can see from the table below, the ads that were running daily with no restrictions delivered a higher ROI.

➟ It is better to keep Facebook ad campaigns targeting as broad and the ad delivery as unlimited as possible (use all placements, target entire countries + optimize on conversions)

We also ran the same test in other markets, the results were similar.

Keep your Facebook prospecting campaigns broad and don’t overdo with all the special optimization hacks you read in blogs. 😉

The remarketing campaigns target people who have already visited your website or showed interest in some other way (e.g. watched a brand awareness video or downloaded an e-book).

The goal of this campaign is to convert those lukewarm audiences into customers.

The ad creatives in your remarketing campaigns can be different from prospecting campaigns. Here, you should give people an extra incentive to complete the signup or purchase.

For example, Restream is offering a 20% discount from the subscription.

The most fool-proof remarketing audience that you can create for your Facebook ad campaigns is past 30 days website visitors.

Here are some other Facebook Custom Audiences you could include in remarketing campaigns:

Personally, I like to create 1 remarketing campaign per country with a separate ad for every retargeting audience. This way, I can get a quick overview of how each audience performs.

Here’s the general remarketing campaign structure I like to use:

When setting up remarketing Facebook campaign, I usually go for “Conversions” campaign objective. Other options I sometimes use are “Traffic” and “Reach.”

Tip: The “Reach” objective is useful if you have a big remarketing or re-engagement audience and most people there would convert anyway.

In this case, there’s no point to optimize on conversions as Facebook would show your ads to people who would take action also without seeing the ad. To reach every target audience member, you can optimize the ad-set-level ad delivery to “Daily Unique Reach” – to that each audience member will see your ad once a day, regardless of how likely they are to convert. 💡

Remarketing ad sets tend to be the most profitable ones. The ROI of a remarketing campaign can be 10x than that of a prospecting campaign.

So of course, you’d like to add more budget to remarketing campaigns. 🔥

At some point, you may reach the ad frequency of 10 points in a 14-day period. This means that on average, people in your remarketing audiences have seen your ads for 10 or more times.

And you know what? – This is fine.

High frequency in remarketing campaigns? This is fine – Image source

When running Facebook remarketing campaigns for my clients, I usually see that a 14-day frequency of up to 15 points keeps delivering results at a positive ROI. It won’t drive up your Facebook ads cost.

You may bother some people, but in the end, showing more ads to your remarketing audiences pays off. There’s also more research to prove this point:

I won’t stop on these two for long, as they’re both very similar to one of the campaign setups that we already covered.

The main difference is the event that you optimize your campaign on + the results that you’ll measure.

For brand awareness campaigns, you could use the obvious “Brand Awareness” campaign objective, although options like “Traffic” and “Video Views” may deliver even better results, depending on your product and ad creatives.

Quite often, Facebook brand awareness ad creatives are videos. And you can target both a broad audience or your existing user base to remind them of your product.

For example, this Facebook ad by Oreo could be considered a brand awareness ad: It reminds you how much you love the 🍪 without directly leading you to an online store to buy it. (Although you may go to the grocery store to get it very soon) 🏃

When it comes to Facebook re-engagement campaigns, they’re targeted at your existing user base: to deliver a positive brand experience, educate them, or advertise special offers.

The campaign structure is very similar to remarketing campaigns: you will have one campaign per country and one ad set per each custom audience.

For example, this Cos SALE ad could be shown to people who have bought during SALE in the past, but haven’t made a purchase in the previous 90 days.

SALE ads are great for re-engagement

Now that you’re aware of the basics, let’s cover 5 additional suggestions that help you improve your current Facebook ad structure or set up new campaigns from scratch.

1. Run the same campaigns and ad sets over a long period of time.

Instead of setting up a new Facebook ad campaign or adding new ad sets every time you want to add a new audience or ad creatives, edit the existing ones.

Using a single campaign over a long period of time is critical for Facebook’s algorithms to learn from the data. If you’re creating new campaigns every few weeks, you will lose out on this.

Even if you have 20 amazing ideas for different target audiences or visuals, you will probably get better results if you keep the amount of assets lower.

The way I like to work with ad creatives is to always have 5-8 different ad creatives per ad set. And every time I add new ones, I pause some older ones that don’t perform as well.

3. Let Facebook’s algorithms do the work for you

There are 100+ Facebook ad hacks out there, some suggesting you to set a custom schedule, others showing how to leave out some ad placements.

More often than not, such hacks will actually decrease your results. That’s because you’ll be limiting your ads’ delivery without knowing if it actually helps. You’ll be better off using automated ad placements and 24/7 ad delivery and letting Facebook algorithms do the work for you.

However, for example, if I know that 80% of a company’s customers have a certain age or gender, I usually narrow down the target audience to reach a lower CPA.

Facebook attributes an action to your ad if someone viewed or clicked your ad and then took an action.

By default, your Facebook ad account’s attribution window is set to 1-day view and 28-day click, which means that you see attributed actions that happened 1 day after someone viewed your ad and 28 days after someone clicked your ad.

To get a more accurate view of Facebook’s real contribution to your marketing results, change the attribution window smaller, to 1-day view and 7-day click.

Here’s how to do it:

When your Facebook ad account has a complex international campaign structure, it will make your life a lot easier if all the campaigns and ad sets (and ads) are named by the same convention.

Later on, you’ll be able to quickly filter out your Facebook campaigns based on the country, campaign objective, and edit the ads with the same number or content across ad sets on one go.

Hope that you got some inspiration for improving your Facebook campaigns. 🙌 If you want to learn about more best practices, check out the Facebook ad size guide with all 2020 top formats covered.

If you have more questions regarding Facebook ad campaign structure, reach out on LinkedIn. 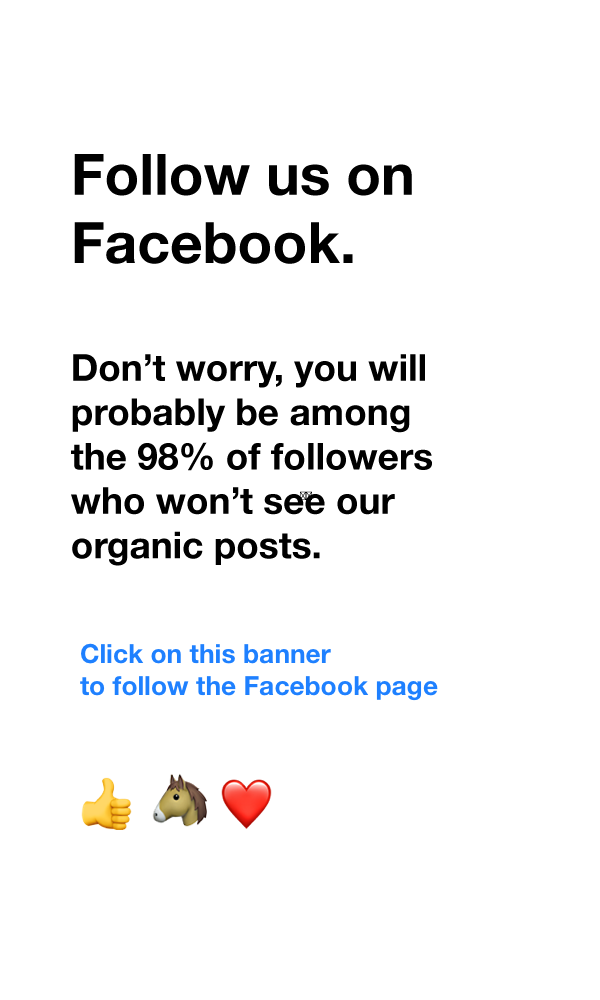